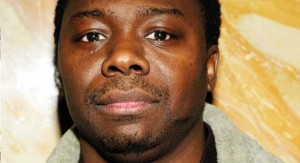 Rosemond already faces drug trafficking charges that were announced in June, but the new allegations come in an expanded superseding indictment that includes the weapons violations.

If convicted of these new charges, it would be bad news for Rosemond – who officials say has at least one prior felony conviction.

Under federal law, possession of either a machine gun or a firearms silencer in connection with a drug crime carries a mandatory minimum sentence of 30 years in prison.

The guns were seized by Drug Enforcement Administration agents during searches at several of Rosemond’s properties, officials said.

To help fight these new charges, Rosemond appeared today in Brooklyn federal court with some high-powered additions to his legal defense team.

During the hearing today before Judge John Gleeson in Brooklyn federal court, Rosemond pleaded not guilty to the new gun charges.

After the hearing, Shargel said he plans an aggressive trial strategy.

Rosemond is being held in a New York federal detention center, where he’s awaiting trial.

He was arrested earlier this summer and charged with using his music business as cover for his transcontinental narcotics empire.

Federal prosecutors originally indicted Rosemond on money laundering and obstruction of charges – as well as an additional charge that he ran a criminal enterprise while smuggling kilos of cocaine in music industry equipment packing cases from Los Angeles to New York.

The 46-year-old owner of Czar Entertainment, who manages singers Brandy and Akon, has pleaded not guilty to the drug trafficking allegations.