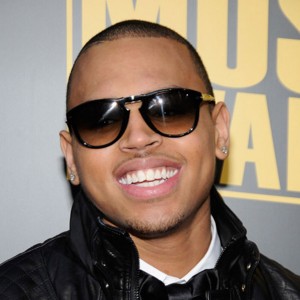 Should independent hip hop artist Joe Bird make it big, there’s at least one thing he says fans can count on: He won’t hide his High Desert roots.

Just as the 26-year-old Victorville rapper — who’s opened for Chris Brown and 112 — works to fast-track his own career, he’s trying to instill a greater sense of pride, unity and collaboration among fellow local underground artists.

“For so long people would mock really where I come from, but it’s time for the people here to have pride,” said Bird, who graduated from Victor Valley High School and University of California, Riverside with a bachelor’s degree in history. “I’m really trying to spearhead a movement out here in this entertainment scene. I believe there is enough talent for the High Desert to be going for it.”

For years there’s been talk of a “760 movement” to put the High Desert in the hip hop spotlight, but for the most part the idea that there could be strength in numbers hadn’t really caught on, said Brian Eudy a.k.a. “ETA,” 28, a Victorville native who started the Royal Family Records label.

Eudy said a handful of locals have had success and continued to represent the region, like The Static Gang in the 1990s, while others seem to shed their ties to the Victor Valley once they gained fame. Hip hop duo The New Boyz, for instance, now on an Asia concert tour, were in Victorville high schools only a few years ago but their official biographies refer only to Southern California or the Los Angeles area.

Lately, however, momentum seems to be building to earn local artists credibility and facilitate an environment for learning from each other, instead of being pitted against one another in a cutthroat competition.

“Right now the hip hop scene out here is at a level that it’s never been before. It’s got a new energy, and it’s made me want to work harder at it,” said Josh Bowles a.k.a. “JDB,” 25, of Victorville. “It’s something fresh and I like the way we’re going with it. We could go toe to toe with anybody.”

A few months ago, Bird formed the Facebook group “HD Hip Hop.” Eudy has been running the “High Desert Hot 16,” a mixtape he produces after posting beats online and compiling submissions from local artists.

“People feed off of each other,” Bird said. “I strongly believe that one of us has to be able to make it and that the cream rises to the top, so I wanted to create a platform where whoever that may be can actually succeed.”

Now more than 100 local artists, producers, promoters and others use the Facebook group to share music and post feedback, publicize shows and, more recently, plan meetups for events like a cypher, an informal gathering of a group of rappers showing off their skills.

“I’ve come across new people that I’ve never heard of because of the group. We’re starting to get a little bit of unity,” Bowles said. “Before, everyone wanted to just be ‘the man.’ If someone’s going to blow up out here, I think it’s going to be a lot easier if we go at it together and work as a team.”

Earlier this month the group hosted a cypher, with participants rapping verses they’d prepared based on a 16-bar beat posted online and doing some freestyle a cappella around a turntable in the driveway of a Victorville home. In an effort to chronicle the momentum of the local scene, the cypher was filmed by artist Brandon Martinez a.k.a. “HEXXX,” a Sultana High School graduate who founded the Newport Beach-based Night Breed Films and record label.

The styles and content of various local artists are eclectic, with topics ranging from partying at the club to rough experiences in Old Town Victorville. Some verses contain foul language and are inappropriate for younger audiences, but the rappers explain hip hop is about direct, raw lyrics and telling it like it is.

“I don’t appreciate hip hop that’s vulgar just for vulgar’s sake, but there are a lot of things in life that are not pretty, and I think that hip hop is willing to touch on those things,” Eudy said. “Sometimes that makes people really uncomfortable, but in my opinion all really good rock and roll or hip hop should be a little bit dangerous.”

In Bird’s song “High Desert Livin’,” one verse goes “Joshua Trees, tumble weeds, tweekers with no teeth/Riding the D for dope down on D Street,” and the song’s hook closes with, “The High Desert is full of cities that don’t sleep.” Bird said he draws inspiration from a wide variety of music — including jazz, ’80s and ’90s hip hop and Gospel music — and that he views hip hop as an art form, likening the culture to the Harlem Renaissance.

To promote his next album set for release this spring, Bird plans to do street performances at local parks. Eudy plans to release his second solo album in July, and Bowles is finishing his fourth solo mixtape.

“Don’t let the naysayers bring you down — people saying, ‘Oh this is Victorville, nothing’s going to happen here,’” Bowles advised aspiring artists. “If you love doing something, just do it.”