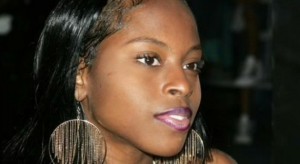 A couple days after having a restraining order violation charge dropped against her, Foxy Brown is now seeking legal retribution of her own.

The restraining order was originally filed due to an earlier charge, initiated by Arlene Raymond, Foxy Brown’s neighbor, in 2007. Brown allegedly threw and hit Ms. Raymond with a Blackberry. The artist was arrested and released on $50,000 bail.

Now, the plaintiff, Raymond, claims Brown became very agitated towards her for staring in her direction. Brown proceeded to walk up to her and begin yelling. Ms. Raymond then claims that Brown “bent over and thrust her buttocks, and said, ‘kiss my ass’”. Brown’s manager on the other hand claims Brown was making her way to her car, when the neighbor initiated an altercation.

Regardless of what happened, the ‘mooning’ case was later dismissed when Ms. Raymond refused to testify. On July 12th, Justice John Walsh cleared Foxy Brown of the misdemeanor charge of violating an order of protection.

The legal battle may now switch sides, this time with Brown in the plaintiff’s seat. Her lawyer, Salvatore Strazullo, told the New York Post that his client, Brown, plans to sue the ADA, Assistant District Attorney’s office, for $100 million in damages.

Strazullo said the initial charges were “malicious”, and the ADA should never have gone after his client, Brown, in the first place. “Do we want our tax dollars going for this?” Strazullo commented.