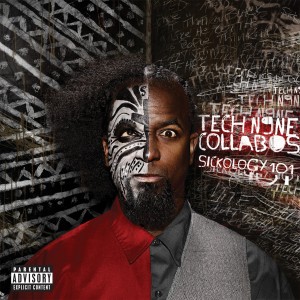 (Los Angeles, CA) BIG SCOOB IS A DAMN FOOL! The “fool” has always balanced out the pride of the king. It’s no different with Strange Music founder Tech N9ne and his longtime buddy Big Scoob. Big Scoob is no ordinary fool, however, as his 26-track new album makes clear: he’s a Damn Fool. Who else but Scoob would describe his car as “shining like a can of root beer”?

“Growing up in the ‘hood in Kansas City, a damn fool, that was me!” says Big Scoob. “I’d stick to my whiskey bottle, go as hard as I wanted to. But now I’m seeing the effects of that over the long term, so I’m in a position to tell cautionary tales. Don’t worry, I got jokes!”

Big Scoob and Tech N9ne grew up together in Kansas City, cliqued in the group 57th Rogue Dog Villains (RDVs for short), scoring a huge local hit with “Let’s Get Fucked Up”. In 2009, Big Scoob recorded his debut album Monsterifik for Tech’s label Strange Music. “When I let my personality out on tour, cats like Fat Joe and E-40 were howling and said ‘You a damn fool!’ Tech N9ne was watching and told me, ‘That’s what I want you to give people on this new album.'”