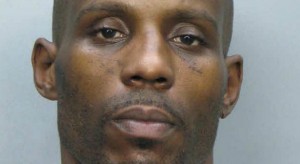 DMX will need to spend at least another week incarcerated at Arizona State Prison. X was jailed on November 19th 2010, for violating his parole and was held on a number of charges, the principal being drug use. He was sentenced to serve one year with no chance of bail. In mid-May, it was announced that the artist could be getting off earlier than expected, if he met the terms for good behavior. That date was officially set for July 13th.

New reports suggest the MC hasn’t met those terms. Since January, DMX has managed to accumulate seven disciplinary violations at the prison, some of which include: unauthorized smoking, disrespect towards staff, possession of narcotics and disorderly conduct.

The man behind the chart toppers, Party Up and Who We Be, has had his share of run-ins with the law, starting in 1994 with an arrest for drug possession, and in 1998 a rape charge, which he was acquitted for due to DNA evidence. The charges have accumulated since that time, the latest being a 2009 conviction for animal cruelty and drug possession, and a 90 day jail sentence in 2010 for a reckless driving charge.


DMX has been working on his 7th album, Redemption Of The Beast, for over a year now. He’ll be collaborating with artists like Sean Kingston, The LOX, Tyrese, as well as known producers Scott Storch, Swizz Beatz, and Dame Grease.

A spokesman for the Arizona Department of Corrections has confirmed an anticipated release date of July 19th for DMX.