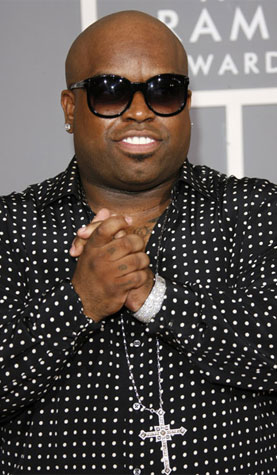 Cee Lo Green has inked a new management deal to prepare for the release of his highly anticipated upcoming album The Lady Killer, which has already spawned the #1 hit single “Fuck You.”

Williams has handled the careers of a variety of stars, including Outkast, Monica, Macy Gray, Donnell Jones and others.

“Finally a firm with foresight! Fearless and focused, fighting on the front lines for the fundamentals of franchise. In short – I like these guys!” Cee Lo said.

The announcement comes as Cee Lo adjusts to the massive success of “Fuck You,” which has garnered over 13 million plays on YouTube in less then a month, forcing Cee Lo’s label, Atlantic Records, to move up the release date of the album several months, to November 9th.

“Cee Lo Green is an incredibly talented artist, and I couldn’t be more proud to represent him,” says Williams. “Cee Lo and I have known each other for over 15 years and over that time I’ve seen him grow monumentally as a performer. From the first time I saw him perform through today, I’m still utterly amazed each and every time I see him or listen to his music, and I’m so ecstatic to help bring his talent to the world.”

The Lady Killer is due in stores November 9th.