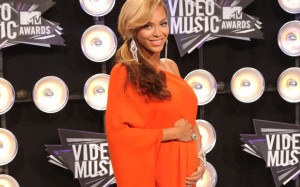 Beyonce has given birth to a baby girl. As E! News reports, the superstar welcomed Blue Ivy Carter late Saturday night (Jan. 7), delivering via planned C-section at New York City’s Lennox Hill Hospital. Reps have yet to confirm the story, and according to the New York Daily News, the baby’s name is actually Ivy Blue Carter.

The diva’s pregnancy has made headlines from the day Bey announced her baby news at the MTV VMA’s this past August. Since then, Mrs. Jay-Z has been accused of faking her pregnancy bump, reportedly built a 2,000 square foot nursery in her Manhattan penthouse, been given a crystal-encrusted baby bathtub for a shower gift and, oh yeah, released four music videos and a live concert DVD. Girlfriend had one busy pregnancy!

Congrats to both Bey and Jay. We can’t wait to see baby pics!